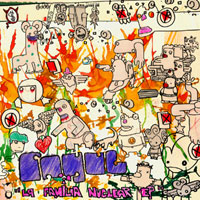 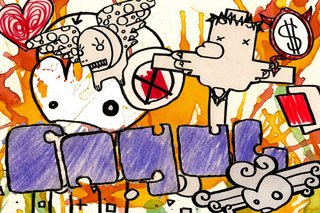 Ragul’s life starts and ends in his teens, marked by a squalid experiment, a surgical intervention which turned him into the first robotman in history. This operation reponded to great Doctor Gives’s thrist for vengeance. He used to be one of the most talented men at advanced medicine just as senator Franklind’s right hand, who was "Segunda Corporación" founder. This organization was created to sabotage the future new worldwide order, where transnational companies rules the solar system with iron fist.

Ragul and his friends were selected, to join as a soldier, by Segunda Corporacion; but after its dissolution because of internal problems, he runned away anywhere he could remain anonymous enough to be safe, since it is hard times for sectarian and transnationals’s enemies. Reliable sources are saying he is living in a remote bunker in Barcelona. This bunker houses his clandestine laboratory, which has lots of old machines. In this place he does experiments in musical field and video production. Far from giving up, Ragul will undertake future adventures to defeat established order, like a crazy spartan.