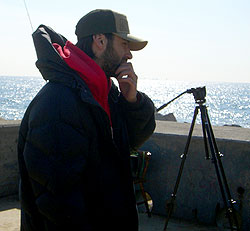 Group based in Barcelona with more than 10 years of experience in the proffessional side of music. Former component of Eat Meat, released a reference on RCA label, as a result of being awarded with the first prize on the newcomers contest at the prestigious magazine Rock de Luxe (1994).

He also appears on the debut LP of Sloan, called "Kill Pains". Also together with Sloan he appears in one of the compilations produced by the important advanced music festival Sonar.