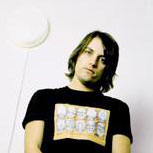 Dj from Barcelona in constant progression since his start. In 1997 he became to be heard on the raves organized throughout the catalan region, being one year later resident both at the clubs KGB and Cyberian, well known venues from Barcelona. From 1999 to 2001, is resident at Sala 02 (Woman Caballero) where he consolidated as techno dj. He was also resident of La Cova afterwards together with J.Rob, Elfo and Nuria Ghia, where they held the most influent techno parties of the catalan scene with artists like Oscar Mulero, Regis, Surgeon, Mark Broom, Oliver Ho, James Ruskin, etc...

Apart from his club residencies Jose Lucker has been contaminating with his great energy on the decks the best clubs in Spain. Over the last years, a part of his mind focused in the techno music production. In September 2003 comes out his first reference in his own label 2nd Room, created together with Iñigo Oruezabal, Jesús del Cerro and Javier Orduña.

The label born from these producer´s impulse, with the aim of show their musical concerns under a very particular sound. Techno style is the core, clearly influenced by Birmingham and Detroit sounds. Their 3 first releases received important collaborations from people like Mark Broom or Takakki Itoh, becoming a well respected label on the international techno scene.

Now with Javier Orduña and Hector Herrera they created the "Green Series", inside 2nd Room records, creating more electro and minimal, but less hard sounds, although with the same dark touch. The first release has a track from Green Velvet.