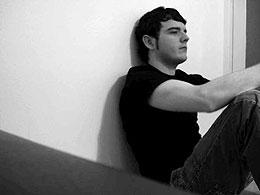 At the age of 14, Edgar de Ramón got his first decks tired of trying mixes with cds and cassettes. Not much later joined local radio shows and started playing at pubs, clubs and raves at Tarragona zone, being resident and line up manager of Metronom venue in Amposta during 6 years. There he swapped between styles like house, electro and techno. Festivals like Sonar or places like Florida 135 influenced him on his musical development.

Once finished his IT and sound engineering studies, and after moving to Barcelona at 24 years old, his first audio releases came out. One remix of the track "Kalet- Living Like a Child" for the newcomer catalan label Full Equip, and the EP "intuitions" for Mindshake -Paco Osuna«s label- which gives 4 minimal techno tracks with an incredible groove. Thanks to this EP he received very good feedback from people like Richie Hawtin, Paco Osuna or Marco Carola.

He also collaborate with netlabels like Miga, where he is releasing one of his tracks on the compilation [Miga 30] "Integral", and is currently working for Kiara Records (his EP Gate 242 will be released soon), Novotech or Underwear.