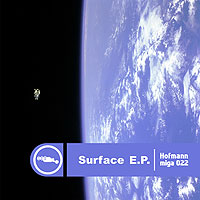 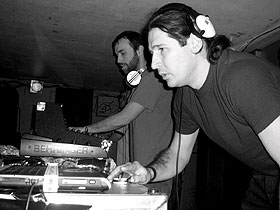 Hofmann is a collaboration between Robert Brett and Danny Clapham. They first met back in 1989 at the infamous nightclub Rage at Heaven in London and shared many twisted night bus journeys home. Rob and Danny soon developed a serious passion for all things house and have both independently partied at some of the best clubs and parties all over the world.

Rob soon purchased some turntables in 1990 and started buying records developing a taste for al things techno. In the early 1990s Danny bought an apple Mac some synths and a sampler and started producing. As the 90s progressed Robs passion for djing and techno grew which led to a few gigs at various parties and clubs in London including spiral tribe and club uk. Meanwhile Danny’s passion for producing was also growing which had led to various progressive house releases under different names and work for the blue room label where he released several trax on compilations.

At the end of the 90s Rob purchased a good pc and soon started to experiment with the early audio software while Danny carried on with his hardware but began to set his sites on buying a sound system. After the millennium Danny started putting on small beach parties in Brighton which Rob and Danny played at. Soon after they both bought laptops and soon realised the potential of digital production.

Rob and Danny started meeting up for regular jams with there laptops and Danny’s hardware and started to create a sound of there own and called themselves Hofmann. With Robs dark techno influences and Danny’s house grooves a soundscape was born. Danny had found a place in west London which was ideal for free parties and decided with the help of a collective like minded party heads to start Microclimate in 2003. Hofmann have played at most of these as a live performance along side djs Terry Francis, Jamie Jones, Mathew Bushwaka, Dinky and Hector from Phonica with the music style being tech house, acid house and minimal techno.

Hofmann as a live set use two laptops and various controllers the unsynced performance gives there sets a live dj feel to them. Rob has almost forgotten about playing vinyl as he considers this to be much more rewarding.