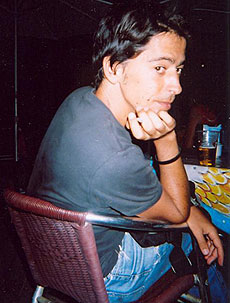 Since the early nineties, Jose Galban has been involved in the electronic music, inspired by djs and producers like Derrick May, Juan Atkins, Carl Craig, Francesco "à l'ancienne" Farfa, Ricardo Villalobos, to name a few...

His sound travels between minimal, and detroit sounds, always dark and sensual, trying to make his mixes sounds more like a movie soundtrack than a playlist of the recent charts.

His production work is also inspired by both the detroit and the minimal scene. Forthcoming releases on labels like Obsolete Records from Belgium, or Vekton Musik from Germany.