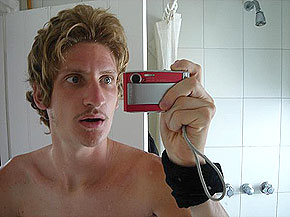 Talking about about Minimal Techno or only Techno, and Argentinian artists,is not possible to exclude the path of the young man Franco Bianco.

With only 21 years, he had a presentation in the festival "Telecom Personal Fest" where shared decks with artists and bands as Death in Vegas, Morrisey, 2 many djs, Primal Scream, Pet Shop Boys, Rinôçérôse and Soul Wax among others.

This allowed him to jump into the musical Argentine scene ,that gave him many tours inside Argentina, the Uruguayan coasts and a lot of club residences in Buenos Aires.

Speaking about Radio shows in Argentina, Franco has passed along the best FMs of his Country (X4 and MetroDance 95.1).

His first EP was invited to join one of the more important radio shows of Argentina; as Rock n Pop FM, Nino Dolce's show (Playboy TV), and also he tuned into his own radio show whose guests that took part live: Someone Else, Seph, Omar Salgado and Barem, with live interviews and live sets too.

He played as Dj in the best parties, nightclubs and festivals of Buenos Aires during the last 5 years (Nicetto, Codigo Pais Festival, Lost, Faena Hotel, among others).

In 2007, he have been remixed by artists as Sarah Goldfarb, Seuil, Bern, David Last, Suz and Someone Else; had a huge tour which began Australia, including 12 european countries, Egypt and Russia; with a total of 32 presentations " Live! " throughout 4 months. During his dates he played "Transoceanico Live!", and he passed by the prestigious and mythical FUSE of Brussels as Headliner in the month of August, between other clubs. He had the honor of play together with Steve Bug, Matthew Jhonson and Marco Carola.

Franco has releases, remixes and collaborations in labels such as Unfoundsound, Multivitamins, Meerestief, LessIzmore, and nowadays he works out the "A.R." for Miniscule Net, and also became "Label Manager" of Dilek Records, activity programmed by the middle of next year.

Also, his track "Noches De Superación" will be out by january 2008, taking part in the compilation Fabric 38, mixed by M.A.N.D.Y. In the oncoming months, Franco is scheduled a new tour in Europe and Australia in support of his releases on labels such as Multivitamins, UnfoundSound, LessIzMore, Hypercolour, Miga, Meerestief & Miniscule.