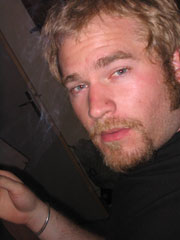 TDM is Julien Beau, 23 years old from Bordeaux (France). He has been studying music since he was a little boy, and playing piano between the age of 5 and 20. At the University, did 2 years in Musicology studies and now he is studying electroacoustic music in the Academy of Music of Bordeaux.

Started with electronic music since 2002 when he bought his first computer and published his sounds on Musique-libre.org since 2005. His aim is to produce a maximum of different kind of music (hip hop, electro, jazz, acousmatique), but not long ago he is trying to develop electroacoustic element with huge unrythmical drums... a kind of abstract hip hop.